This 2022 season, soybean acreage projections in Kansas are up. To maximize yields, there are some key practices we cannot overlook. This article presents some tips on selecting the best i) planting date and ii) maturity group across Kansas.

After considering the effects of genetic yield potential and the environment, planting date is one of the primary management practices under the farmer’s control that can highly influence soybean yields. In recent years, Kansas producers have been planting soybeans slightly earlier -- at the rate of about one-third-of-day per year. In 2021, the “50% planting date” mark was achieved around May 24 statewide – with planting progress moving closer to mid-May if  conditions are optimal at that time (USDA-Crop Progress Reports).

Soybeans can be planted over a wide range of dates (Figure 1) with adequate soil moisture conditions, although germination and emergence could be reduced and/or delayed in cool soils (less than 60°F). 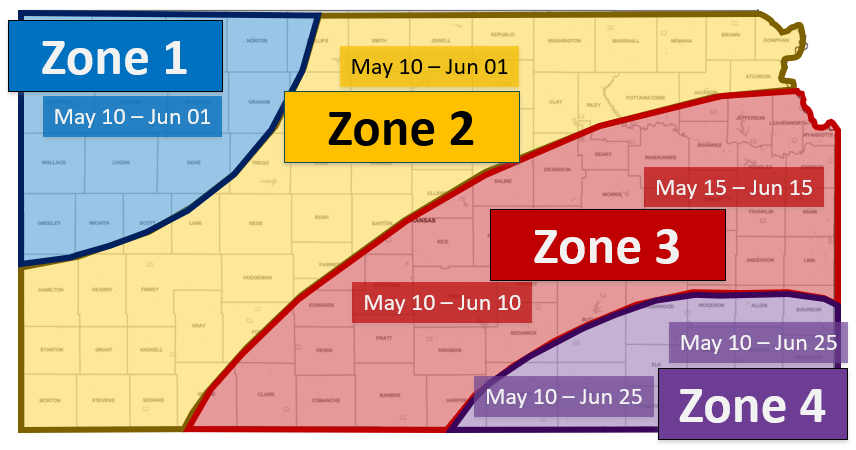 The recommended maturity group varies across Kansas by area (Figure 2). 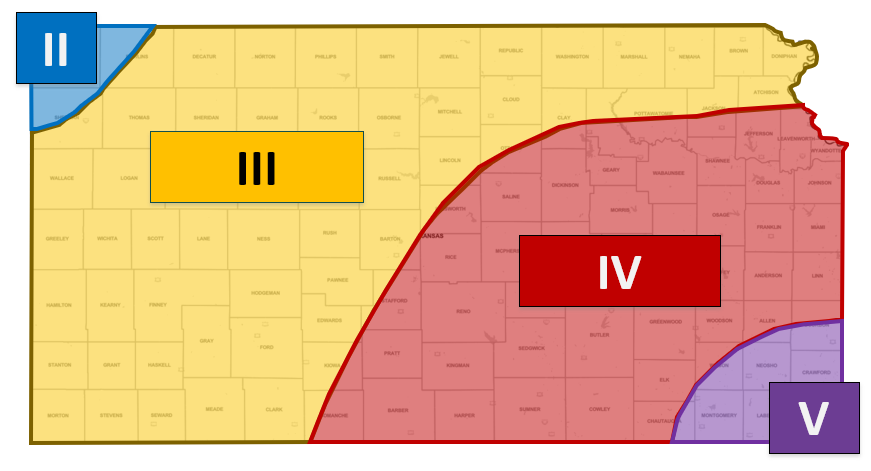 For Kansas, maximum soybean yield is reduced by 0.3 bu/a per day as planting dates get later in the season, with yield levels closer to 80-90 bu/a when planting in mid-April compared to 50 bu/a for planting in mid-July (Figure 3). This results highlights the importance of early planting for obtaining maximum yields, and the overall yield penalty associated with delaying planting dates.

It is worth noting, however, that yields are considerably more variable at the earlier planting dates. There is less variability and better yield “stability” for late-planted soybeans (although achieving a lower maximum yield) (Figure 3). 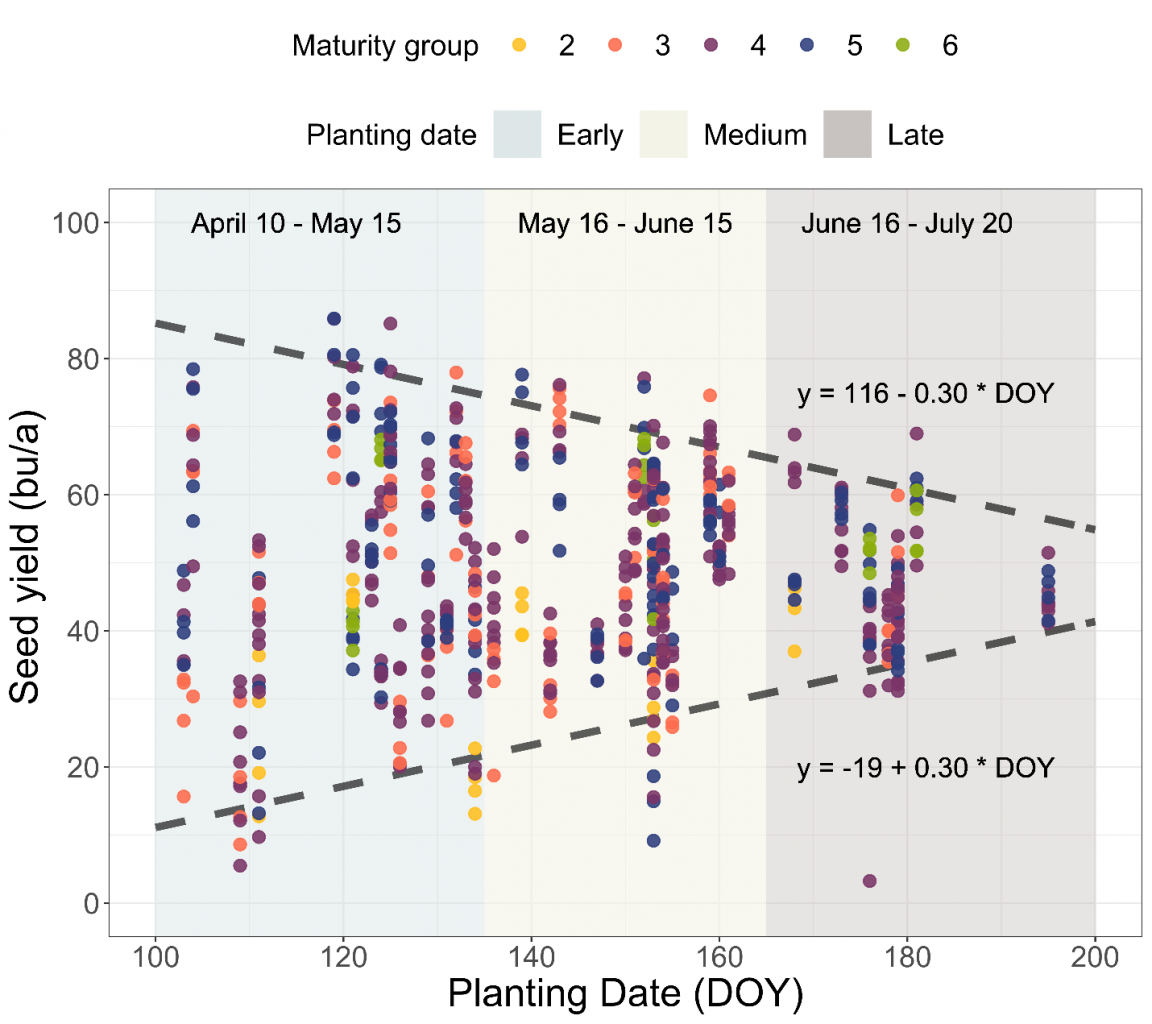 Figure 3. Soybean seed yields as a function of planting date from Early (mid-April to mid-May) to Medium (mid-May to mid-June) to Late (mid-June to mid-July) for a diverse set of maturity groups (from 2 to 6).

This season, farmers are planting soybeans earlier than usual but a note of caution is that lower soil temperatures will reduce the speed of emergence and could compromise uniformity for soybeans. A recent study completed by our research team showed that early-season plant-to-plant uniformity could compromise yields in soybeans, especially in low-yield environments (<40-35 bu/a).