This week in March started out with significant wind across Kansas. On Monday, strong southerly winds developed across the state and persisted through the entirety of the day. After sunset, a strong cold front entered the northwest and rapidly moved across the state overnight. This front shifted winds to the north and developed significant wind gusts along/behind the front. Although impactful, strong winds are not atypical for March - one of Kansas’ windiest months of the year (Figure 1). 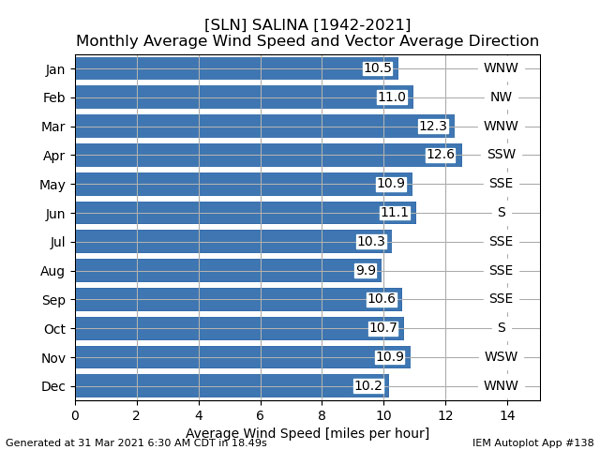 The unusual aspect of this event was the wind direction. Often March consists of strong northwesterly winds that are ushered in after a strong storm system. However, the main low pressure tracked along the United States and Canada border - a track that is normally observed later in the spring (Figure 2). The associated cold front did develop northwest winds associated with the strongest wind gusts (in excess of 70mph; Figure 3 and Figure 4) just after sunset Monday, but they were generally less impactful for Kansas due to the shorter duration. In addition, these northwest winds generally weakened as they spread east. 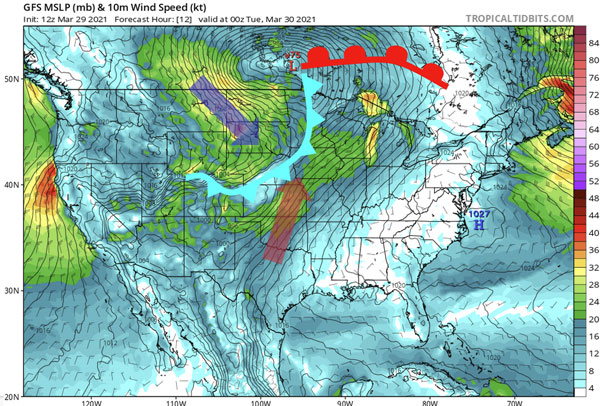 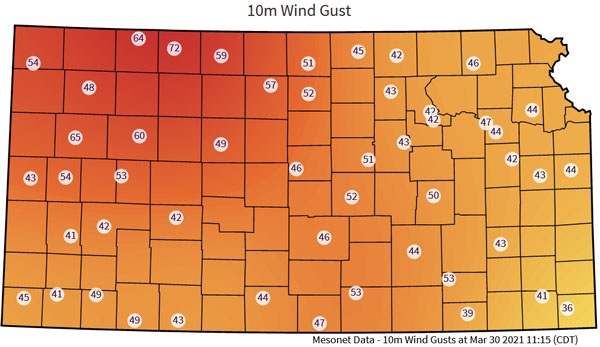 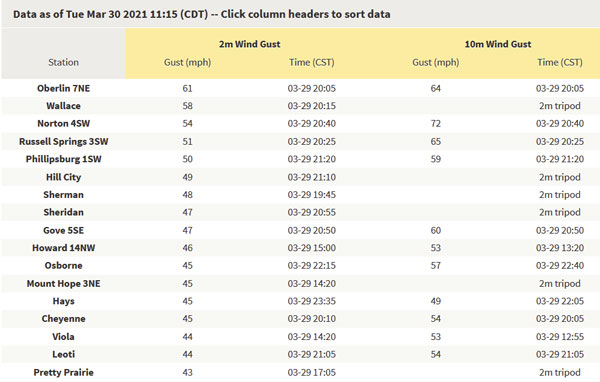 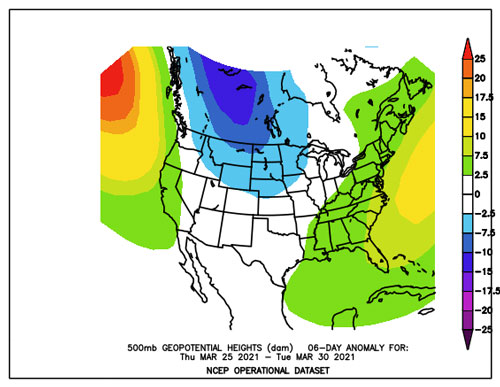 Impacts of this event were felt in numerous ways.  Blowing dust and wildfires were the highest magnitude events that occurred. Despite recent rainfall, wildfires were reported in numerous counties including Reno, Harvey, Saline, and Wabaunsee (Figure 6). Several of these fires forced evacuations. Blowing dust was common, especially in northwest Kansas along the cold front in the evening. Additional impacts included downed trees and blown over semi-trucks (Figure 7). 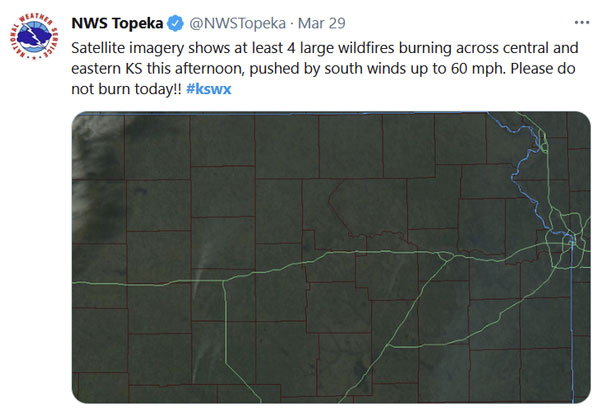 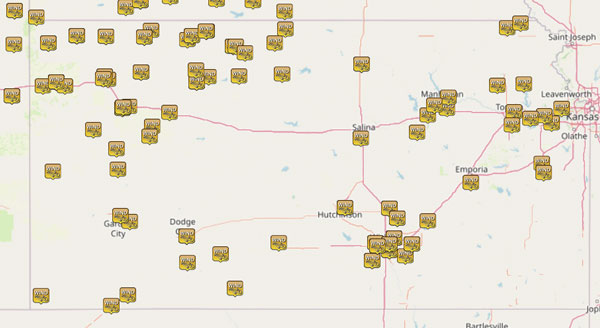 Looking ahead for April

Breezy winds are expected to continue through the weekend as several additional storms are expected to cross the Central US (Figure 8). With these, much warmer temperatures are forecasted into early April with a high probability of drier than normal temperatures (Figure 9). As we move into the windiest month of the year, the pattern looks to return towards stronger storms and increased wind again. Probabilities of precipitation are forecasted to be below normal for the western half of the state and near-to-above normal for the east (Figure 9). This would suggest a pattern typical of strong storms that are associated with a dryline front or similar - favorable for an increase in wind events and likely severe weather into mid-April. As we continue to be in a weakening La Niña regime, we can expect continued active weather into May. 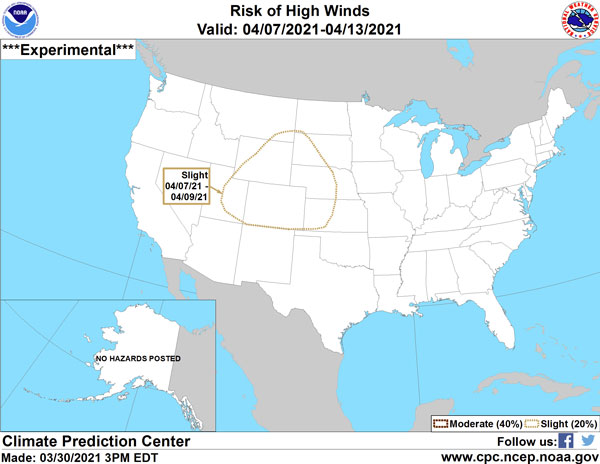