Ensuring optimum sowing date and seeding rate are two steps needed to help achieve the maximum wheat yield potential in a given growing season (Figure 1). Sowing date affects yield potential not only due to stand establishment and tiller formation, but especially as it changes the environment to which the crop is exposed at different phases of the cycle, affecting temperature and moisture regimes as well as disease pressure. Optimum seeding rate depends on sowing date and its adjustment is crucial to ensure the crop will maximize its yield potential. 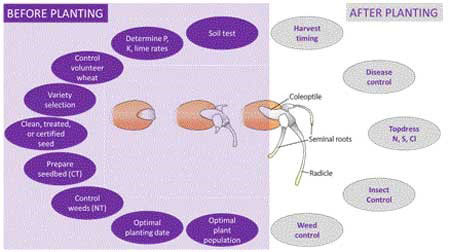 Figure 1. Best management practices before and after sowing to ensure maximum yield potential can be attained in a given growing season. Graphic by Romulo Lollato, K-State Research and Extension.

Optimum sowing date for winter wheat is quickly approaching for a large portion of Kansas (Figure 2). Depending on geographical location, optimum sowing window can start as early as September 10 and last until the end of September (northwest Kansas), or it can start as late as October 5 and last until October 20 (southeast Kansas). This gradient in sowing dates, with earlier dates in the northwest, is a function of temperature. Northwestern regions with higher elevations will have cooler air and soil temperatures earlier in the year as compared to southeastern regions. 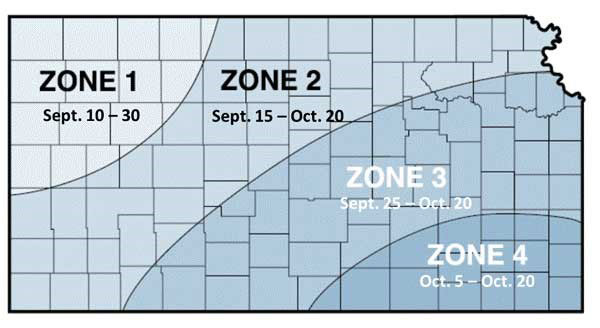 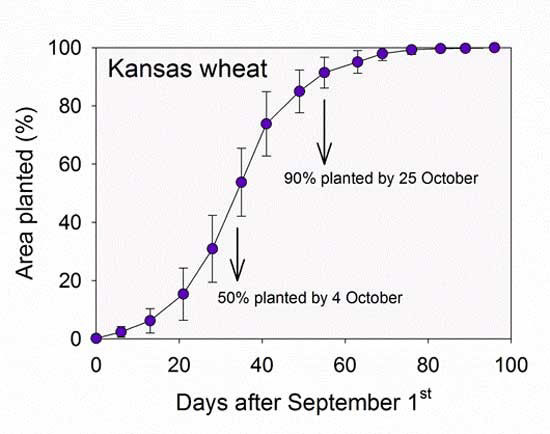 Although 50% of the fields are, on average, planted by October 4, there is large year-to-year variability in percent planted area within the aforementioned date range (see error bars on Figure 3). This year-to-year variability is led by sowing conditions, as extremely moist or dry soils, may keep producers from sowing at the optimum planting date.

The largest variability of area planted in Kansas in the period 1994-2015 occurred between September 20 and October 15. During this period the difference in area planted between the earliest and the latest years on record was above 40% (Figure 4). In other words, while 50% of the wheat area was sown by September 21 in the earliest year on record, only 7% of the area was sown by the same date for the latest year on record. In the latest year, 50% wheat area sown was only achieved October 11. The variability in planted area was lower at earlier planting dates (before September 20), probably because most producers tend to wait until the optimum planting window with a smaller acreage planted early. Year-to-year variability in planted area also decreased towards the late planting window (after October 15), as most of the acreage had been planted by that time in most years. 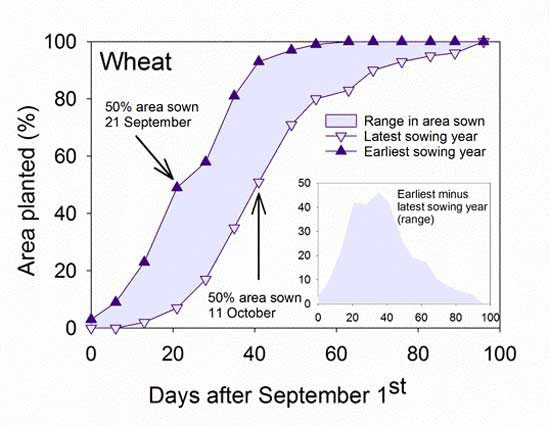 Figure 4. Percent wheat area planted in Kansas after September 1st for the earliest and latest years on record between 1994 and 2015 as reported by the USDA-NASS Crop Progress Reports (https://www.nass.usda.gov/Publications/National_Crop_Progress/). Range in area sown is shown as light purple area in the main graph. Inset shows the difference in percent area planted between the earliest and the latest sowing years on record. 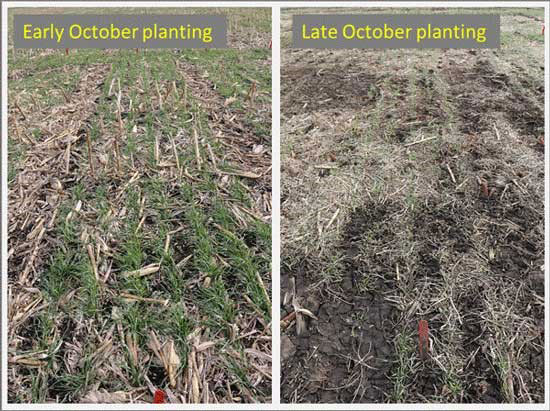 Seeding rate should always be discussed along with planting date, and in many times with soil fertility status as well. As mentioned above, later planting dates will decrease the potential number of fall tillers formed and grain yield will be more dependent on the main stem and maybe one or two tillers formed during the fall. Thus, seeding rate should be increased as planting date is delayed (for more information see “Management adjustments when planting wheat late” in eUpdate Issue 598). 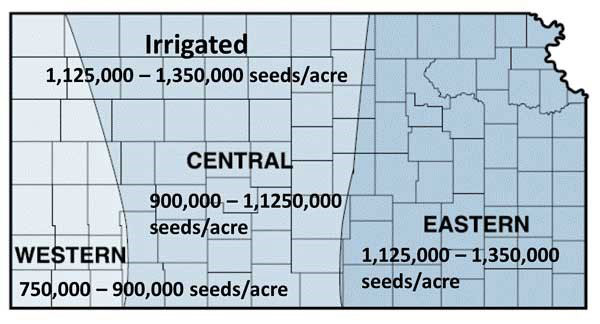