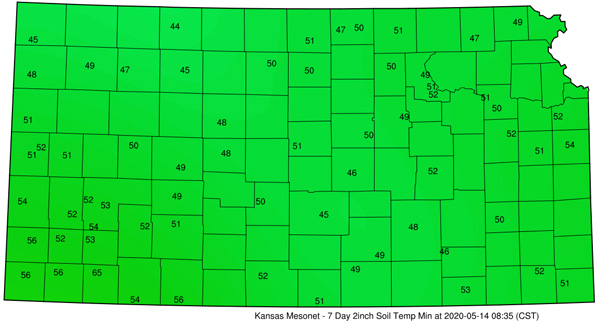 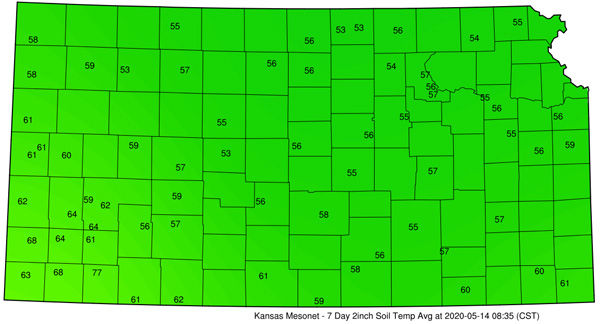 Figure 2. Soil temperatures and air temperature patterns at various Mesonet stations for the week ending May 13, 2020.

Soil temperatures at the 4-inch depth during the first 24-72 hours after planting are critical. It is during this window that the kernels imbibe water and begin the germination process. Kernels naturally swell when hydrating – taking in water. Injury symptoms may include swollen kernels that fail to germinate or aborted growth of the radicle and/or coleoptile after germination has begun.

Chilling injury to seedlings can result in:

Comparing chilling injury for soybeans versus corn, emerged soybeans are more susceptible since their growing point is above the soil surface. However, soybeans plants can recovery from freezing injury from growth in the potential growing points from the main shoot or from the two axillary buds.

Warmer weather is expected in the next week. The rapid switch in temperatures will increase stress, particularly in drier areas of the state. Stay tuned!