Now is the time to finalize plans for kochia control. Recent research suggests that kochia can begin emerging in early February with most kochia emerging by early April. Kochia seedlings emerge in dense populations that make adequate herbicide coverage difficult (Figure 1). In addition, glyphosate-resistant kochia is prevalent across western Kansas, making kochia control even more challenging. For these reasons, it is important to apply pre-emergence herbicides in late winter or early spring to control this weed before it emerges. This article will be the first in a series discussing specific options for various cropping scenarios. 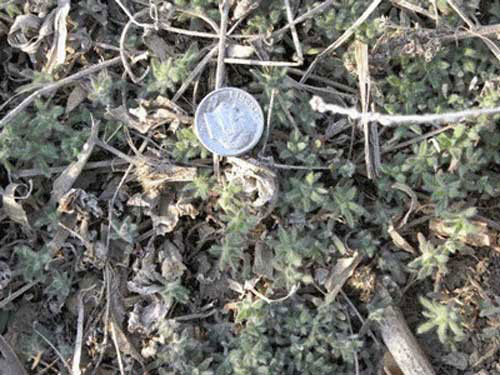 The best timing to apply herbicides for kochia control is generally January through the first week of March but prior to kochia emergence, which can vary depending on weather conditions. Later applications, for example, at the time of burndown, are more likely to occur after kochia emergence, which increases the risk of control failure (Figure 2). Fall-applied treatments can help ensure timely application, however, they are not likely to effectively control later flushes of kochia (Figure 3). 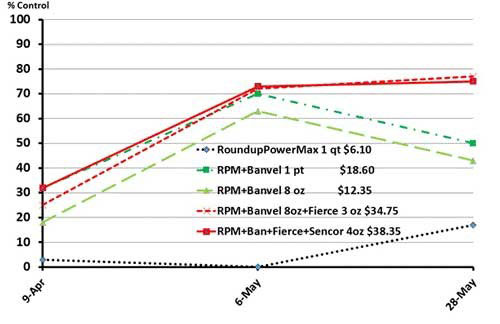 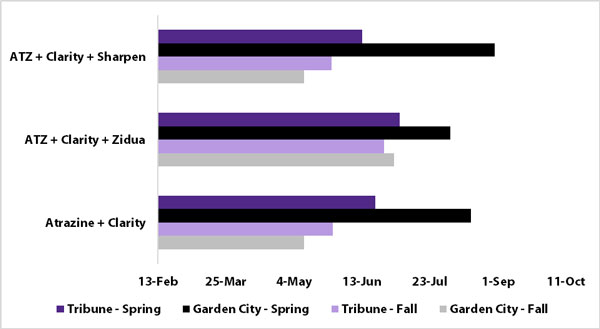