Selection of the optimal planting date is one of the most critical factors in the decision-making process for producers. In making this decision, producers should consider soil temperatures rather than just calendar dates. After a very warm start to March, air temperatures across Kansas declined this past week. 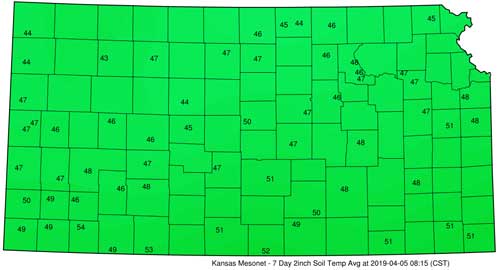 Differences in soil temperature were related to the large variations in air temperatures experienced last week, from 38 degrees F in northern portions of the state to 58 degrees F for areas in southern Kansas (Figure 2). 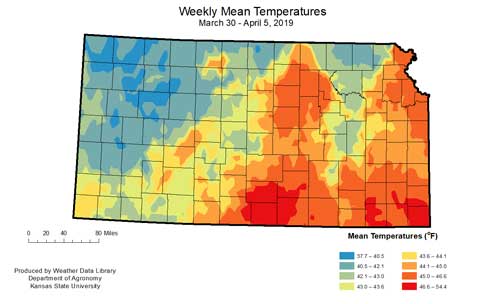 Projections for the coming weeks are for increasing air temperatures – but cooler-than-normal state wind, which will slow soil temperature increases (Figure 3). 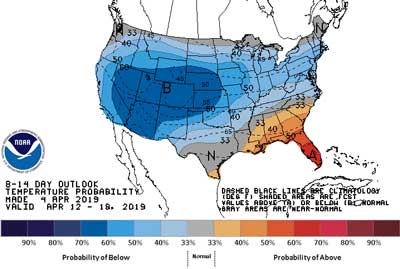 Current soil moisture status across Kansas is quite wet, despite the relative low precipitation for the week (Figure 4). If saturation is above 50% at the 2-inch soil depth, this reflects wet soil conditions with a low probability for field work. Projections for coming weeks are for precipitation to be above-normal for all of Kansas (Figure 5), which will slow down soil warming and impact potential plans for an early start to planting. 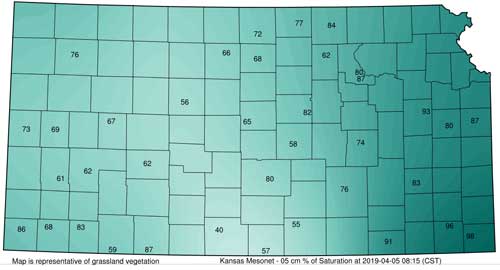 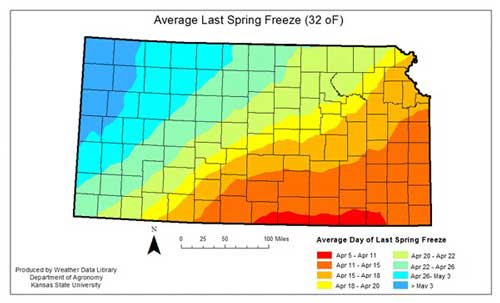 Think about all these factors when deciding on the optimal planting time. More information about the planting status of summer row crops will be provided in upcoming issues of the Agronomy eUpdate. Stay tuned!