Outlook for stripe rust in the 2019 Kansas wheat crop 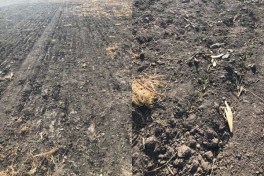 Learn what to expect from a spring-emerged winter wheat crop

Some wheat fields in Kansas have had poor emergence or none at all. The potential consequences of the delayed progress of the Kansas wheat crop during October include greater exposure to winterkill, delayed crop cycle for grain filling under warmer conditions, and a lower yield potential due to decreased fall tillering. Can these fields still produce a good yield? Read more in this article. 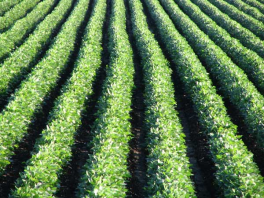 There are still many questions about row spacing for soybean production. This article summarizes some research from K-State on the effect of different row spacing on soybean yield. 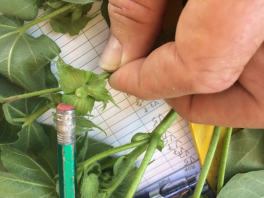 Producers are likely familiar with timing of limited irrigation to maximize yield in grain crops such as corn or grain sorghum. This article summarizes research from K-State on timing irrigation for maximizing the yield potential in cotton. 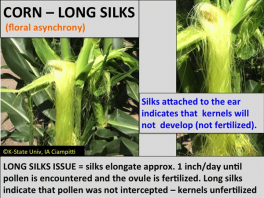 Once tasseling, silking, and pollination are complete, or nearly complete, producers can begin to estimate corn yield potential. To get a reasonable yield estimate, corn should be in the milk, dough, or dent stage. Learn how to get an early estimate of yield potential in this article. 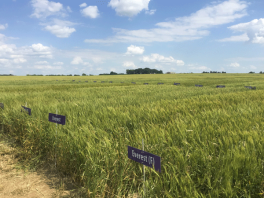 Make an informed decision when selecting the best wheat variety

Wheat producers are faced with an increasing number of varieties from which to choose. This article provides a step-by-step guideline, as well as relevant resources, to help producers make a better decision when selecting one or a few varieties to plant in their operation.

Many producers like to estimate the yield potential of their soybeans well before reaching the end of the season. This article discusses two different methods for estimating soybean yields at this stage of the growing season. 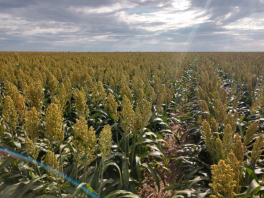 To make the best estimate of the yield potential of grain sorghum, you need to understand the main yield-driving factors. What are the primary components that influence grain sorghum yield?

Estimating crop yields before harvest can be difficult. For sorghum, yield estimates can be calculated 3 to 4 weeks after flowering. However the final seed number and seed weight can still change. Estimates are more accurate the closer to harvest.