Western corn rootworm (WCR) larvae are voraciously feeding on corn roots (Figure 1) and thus continuing to grow and develop as seen in Figure 2.  The WCR larva on the right in Figure 1 was collected on June 3, 2020, while the ones on the left were collected from the same field on June 17. 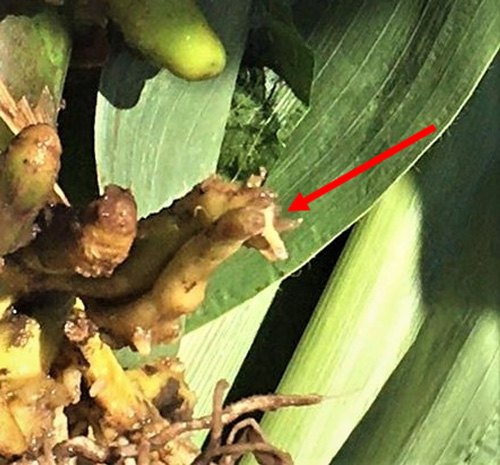 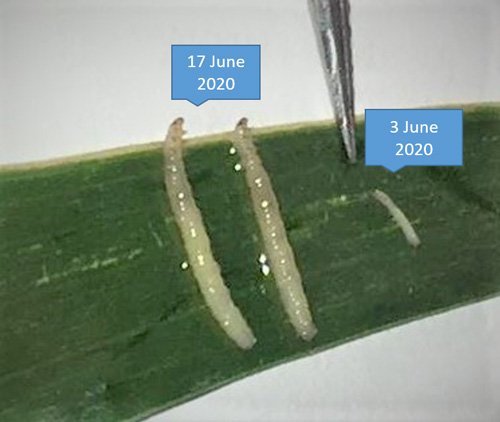 This photo (Figure 3) is of a click beetle. Wireworms are the larval stage- after they pupate in the soil, they emerge as an adult, which looks nothing like the wireworm. There are several species of wireworms (click beetles) in Kansas, and the one pictured is one of the more common species, all of which are usually well controlled by insecticide seed treatments. However, these seed treatments generally do not offer seed/seedling protection 21-28 days after the seeds were planted. 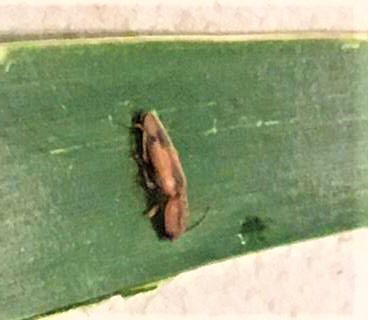 Adult bean leaf beetles are very active throughout north central Kansas at the present time. They typically chew round/oblong holes in leaves (see Figure 4 with bean leaf beetle at the tip of the arrow) and deposit eggs in the soil around the base of soybean plants. There are two color phases of adult bean leaf beetles (Figure 5), a tan phase and a reddish phase, but both have six black spots surrounded by a black border on their backs. Both color types can be seen in Figure 5. 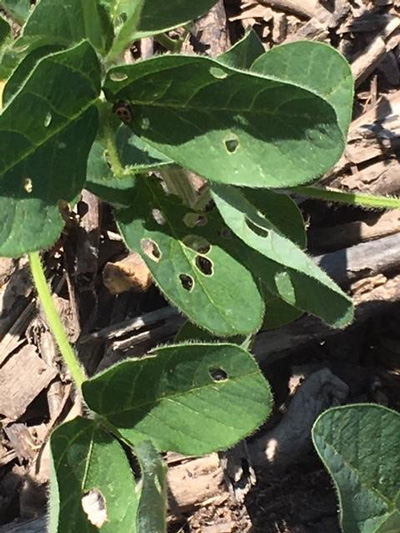 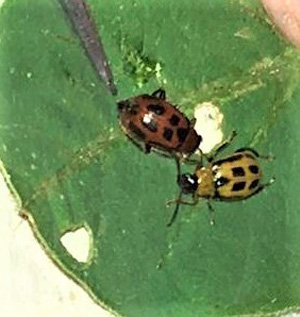