The recent freeze and a lack of flowering sorghum has ended adult sorghum midge activity in the area. Adult midges were observed on station grounds in Garden City starting the first week of July and were still present on late flowering panicles into the first week of September.  As sorghum reaches maturity, it is easy to find evidence of midge activity even if you did not see adults when the fields were blooming.  Simply look for flattened, blank zones on the heads. These seeds never developed because the maggots consumed them from the inside.

A general recommendation for avoiding losses due to midge is to make sure the field blooms uniformly and before mid to late August. For comparison, in the Texas panhandle, growers are encouraged to have fields blooming no later than the first of August to avoid issues with sorghum midge.

Beginning the last week of July, sorghum at the Garden City station this year bloomed over a long period of time which allowed some general observations to be made regarding blooming time and midge damage once heads reached maturity. Plants that began blooming on July 25 were free of noticeable midge damage. Those that began blooming around August 5 experienced damage to the upper 1/5th of the panicles. A final location that bloomed very unevenly starting August 11 experienced significant losses with most panicles being almost completely blank (Figure 1). While midge damage is very easy to spot on varieties with red panicles, it might be more challenging to see on varieties with white panicles, however damage will show up the same regardless of color (Figure 2). 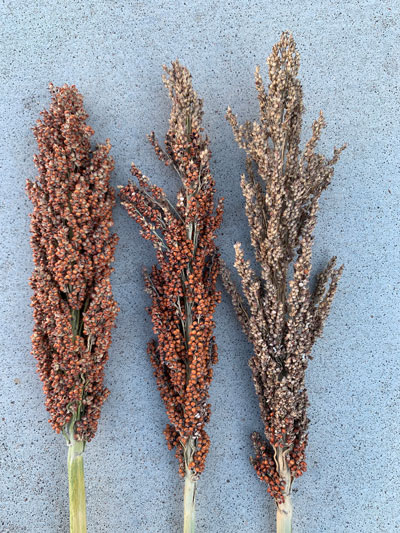 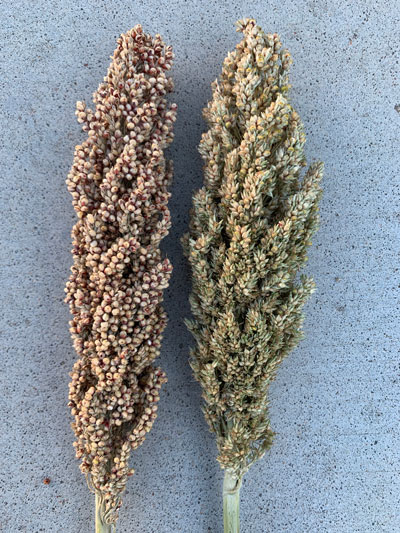 In addition to midge damage, headworm and bird damage were prevalent in the later-blooming field but are easy to differentiate (Figure 3). One more pest that could cause midge-like damage is Lygus bugs. Lygus bug damage can be difficult to distinguish from midge, especially when it is extensive. Lygus bug damage tends to be confined to very distinct bands across the head (or all at the top, or all at the bottom), because they are very fussy about feeding only on milk stage grain. Usually, midge damage is more distributed up and down the head, almost always with some full grains interspersed between all the blanks. That is because the midge will not lay an egg in every flower, but the adult lygus bug is much more systematic in feeding behavior.

If you have observed midge damage this season anywhere in the state, please consider sending a report to the email list below that includes an estimate of acreage impacted and panicle damage.  For additional information and control options, please refer to the Sorghum Insect Pest Management Guide. 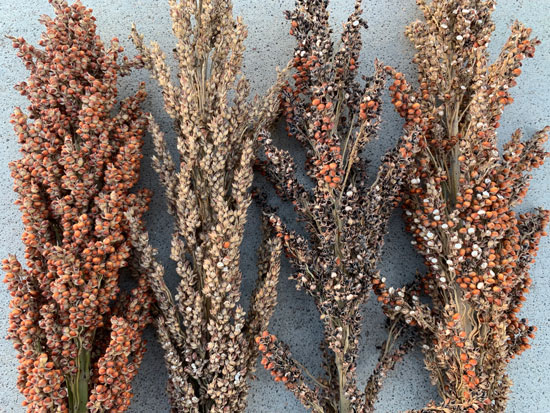