It was another dry week across most of Kansas (Figures 1 & 2).  Statewide precipitation averaged zero.  The West-Central Division averaged the most precipitation, at 0.03 inches or 23 percent of normal.  The only other division averaging above zero was the Northwest, with an average of 0.1 inches, 8 percent of normal.  Highest weekly totals for the week ending on December 10th were: 0.17 inches at Tribune 13NNE, Greeley County (NWS); 0.20 inches at Weskan 0.4 NNW, Wallace County (CoCoRaHS) and 0.32 inches at the Scandia Mesonet, Republic County (Mesonet). 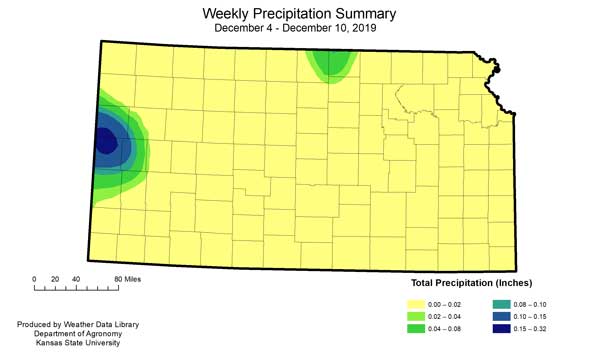 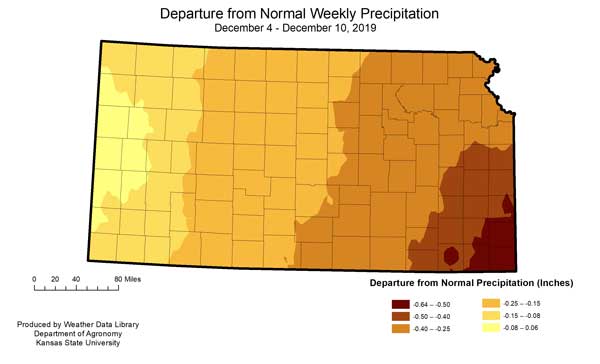 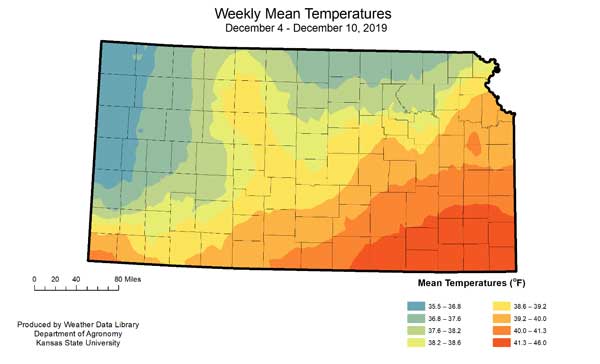 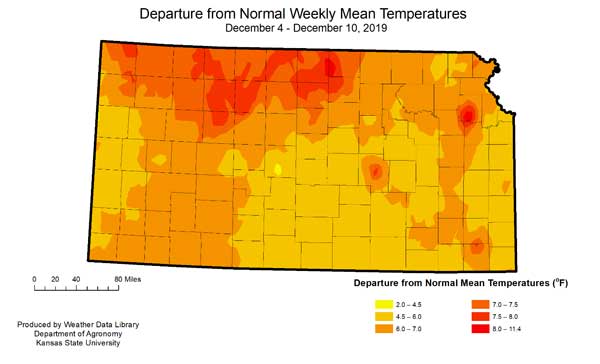 The combination of warm, dry conditions resulted in expansion of the moderate to severe drought.  In particular, moderate drought pushed further east into the South Central Division (Figure 5).  Currently, less than half of the state is drought free, and 1.6 percent is in extreme drought.  Given the fact that this is a dry time of the year, even with above-normal precipitation, the most severe areas will be slow to improve.  On the other hand, a dry winter will provide some relief to the eastern third of the state where rivers and reservoir levels are still high. 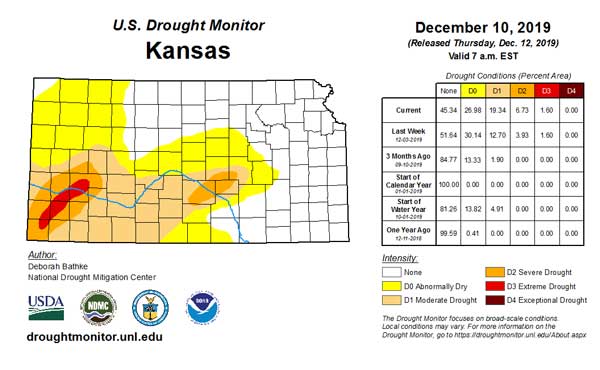 Figure 5. Current drought status for Kansas as of December 10, 2019 (US Drought Monitor)