Current moisture status at 2” depth (5 cm) across Kansas is slightly wet on the east side of the state, with severe dry conditions for much of the west (Figure 1). The  last two weeks have provided little widespread precipitation with below normal amounts for most of the state except a narrow band in the east (Figure 2). 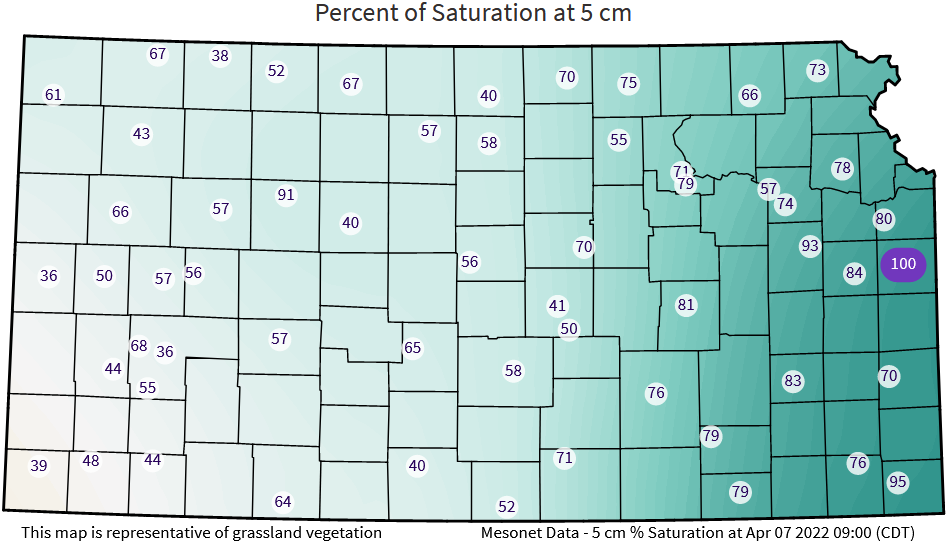 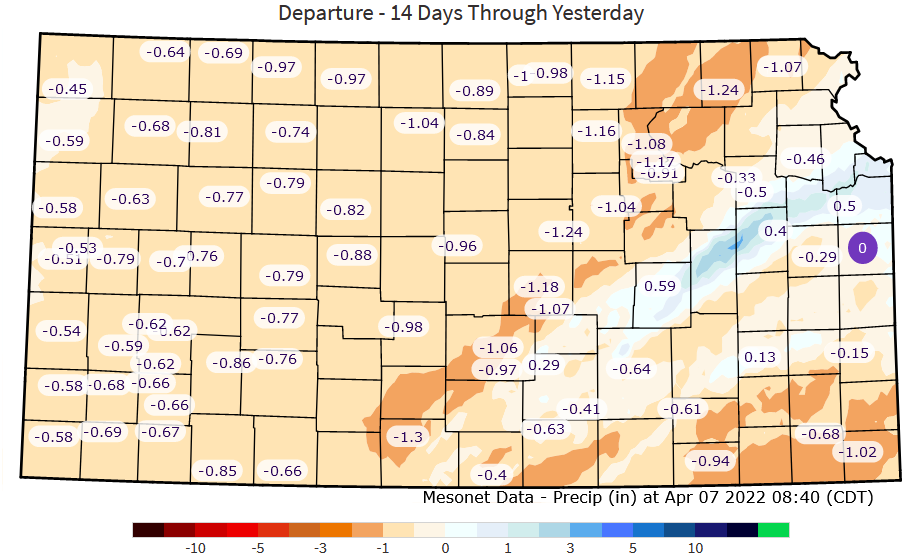 Figure 2. Departure from normal precipitation for the 14 days ending April 7 , 2022.

Very dry and windy conditions brought in April. These conditions are notorious for decreasing soil moisture across the state. In addition, dry conditions are favored into mid-late April with a 40% probability of below normal precipitation (Figure 3).

Following a similar trend, projections for the April-May-Jun period indicate a high probability of below-normal, particularly more likely towards the southwest region of the state (Figure 4).

For the first week of April, average soil temperatures at 2 inches among crop reporting districts ranged from 43oF to 56oF, with a trend of the coolest temperatures in the northeast and the warmest towards the southwest corner of the state (Figure 5). Soil temperature varies based on local soil moisture, residue, and soil types. For instance, the weekly average at WaKeeney is 50oF, while it is 45oF at the Sheridan Mesonet. 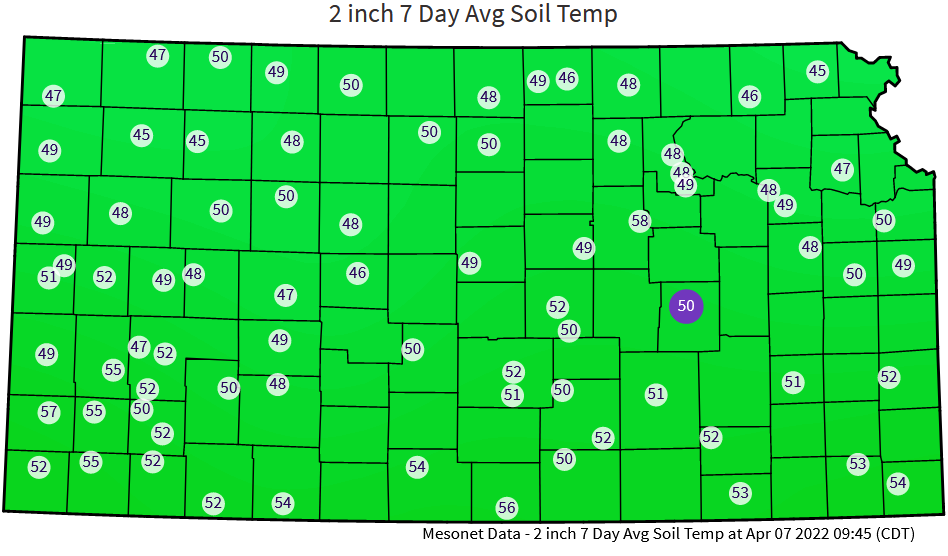 Temperature projections call for a statewide cooler-than-normal outlook (Figure 6). This will slow the process of warming up the soils for planting. Remember that wet soils under a no-tillage system will be slower to warm, while dry soils will fluctuate more rapidly, matching air temperatures, particularly if skies are clear.

As for the long-term projection on temperatures (April, May, and June), the outlook portrays a situation with most likely above temperatures for the entire state of Kansas (Figure 7).

The average day for last spring freeze (32 oF) is quite variable around the state (Figure 10). The largest variability is from southeast to northwest Kansas; with the earliest last spring freeze date for the southeast region (April 5-15) and latest for the northwest area (>May 3). Corn planting dates before April 15 in the southeast region would increase the likelihood of the crop suffering from a late spring freeze. Similar conditions can be projected for northwest Kansas if corn is planted before May 3 (Figure 8). 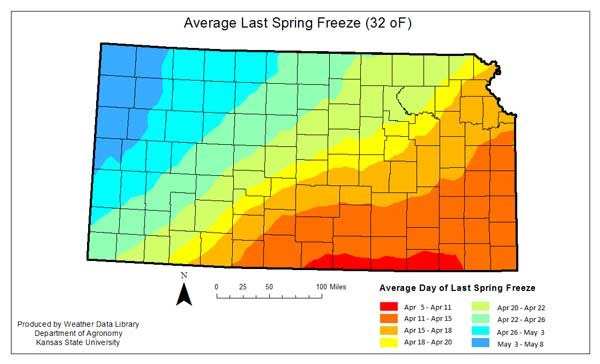 The above-detailed weather outlook for the 2022 season brings some memories from the 2012 season, one of the driest and warmest during the last decades. Thus, if current weather projections are realized, yields for summer row crops will be compromised during the coming season. Adjust your use of inputs (seeding rate, fertilizer) based on yield target expectations.