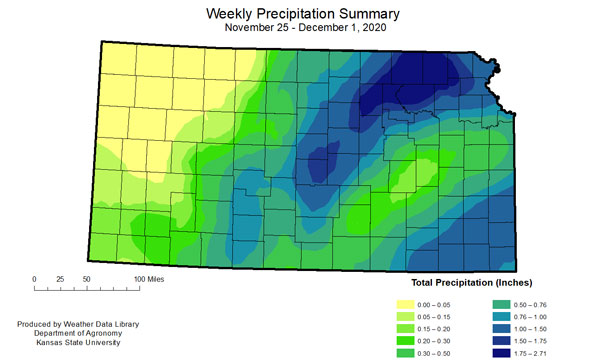 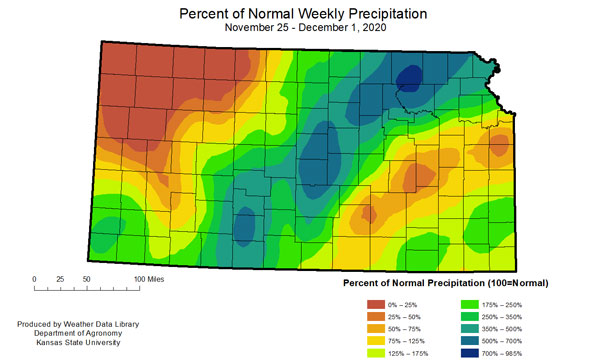 Figure 2. Percent of normal precipitation for the week of November 25-December 1, 2020. Values less than 100 indicate below normal amounts. Map by the Kansas Weather Data Library. 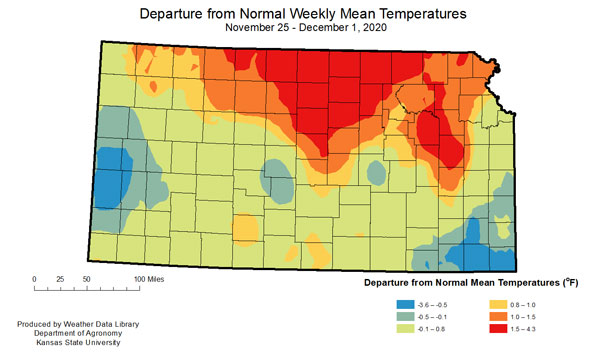 Change in drought status for Kansas

Given the widespread precipitation, there was a shift of drought coverage in the Drought Monitor.  There was improvement in the North Central, Central and Northeast divisions with decreases in moderate and severe coverage (Figure 4 and Figure 5). There was a small reduction in abnormally dry conditions in the Southeast and South Central divisions where some of the greatest precipitation totals were reported. The Southwest Division saw some expansion of the severe and extreme drought categories. Lighter winds than the previous week, coupled with temperatures closer to normal, resulted in near-average water demand across the state during the period (Figure 6). 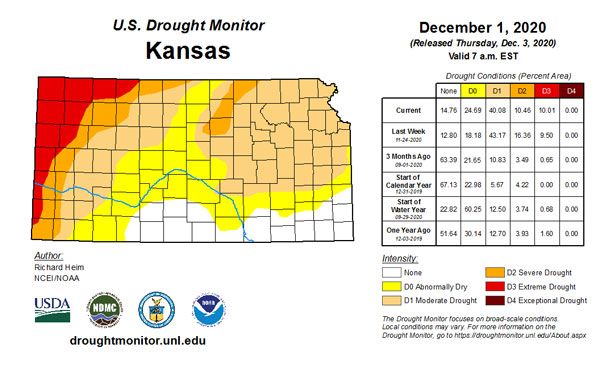 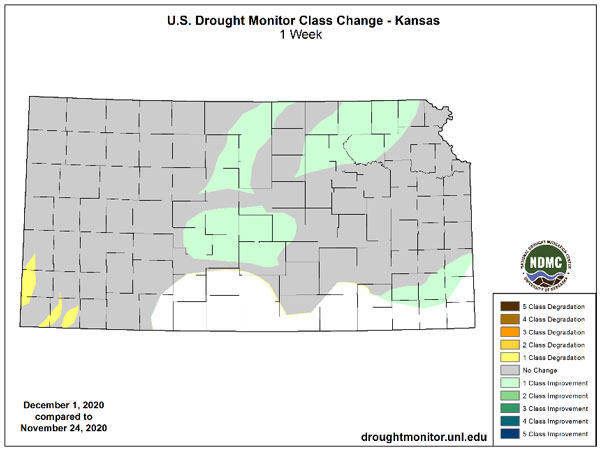 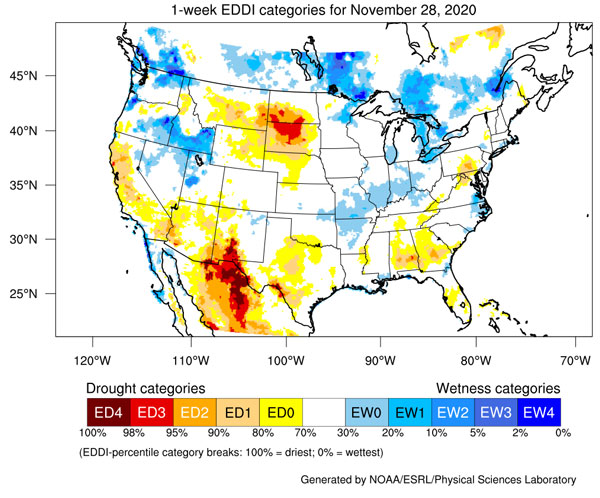 Looking ahead in December

In the upcoming week, moisture will be limited (Figure 7), with measurable precipitation expected only in the southeast part of the state.  Most of this is likely to occur in the first part of the period, as the current winter storm pulls eastward.  Moisture from this system, which came after the Tuesday cut-off period, will be included in the drought analysis for next week.  A return to drier/warmer weather is expected beyond next week with a chance of below-normal precipitation and above-normal temperatures statewide (Figure 8). As we move into December, average precipitation across the west continues to decrease, while remaining steady in the east. Outlooks for the entire month of December favor above normal temperatures and below normal precipitation statewide (Figure 9). 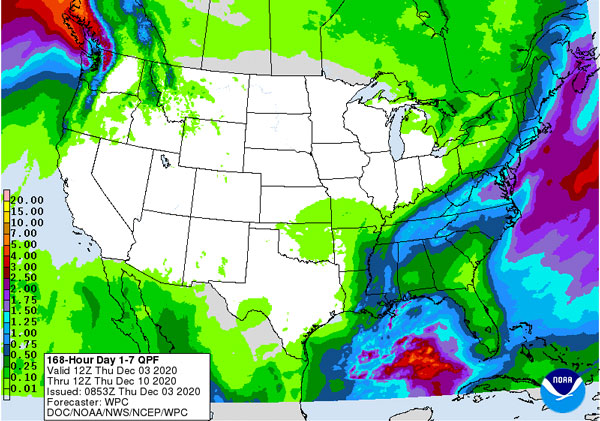 The Kansas Water Office is hosting an informational webinar on Monday, December 7, 2020.  This webinar will provide more details on the current drought situation, as well as an updated outlook for the coming months.  You can access the webinar details and register here: https://fb.me/e/1X3ZUafzA