Kansas Corn, in conjunction with K-State Research and Extension, conducted a Kansas Corn Yield Contest for the 2018 growing season. This contest was free to enter and was open to all corn producers in Kansas that were active members of the Kansas Corn Growers Association. The objectives of the contest were:

A large concentration of the fields was located in Sheridan, Atchison, and Doniphan counties (Figure 1). Other fields were located in west, south, north central, and southeast Kansas. 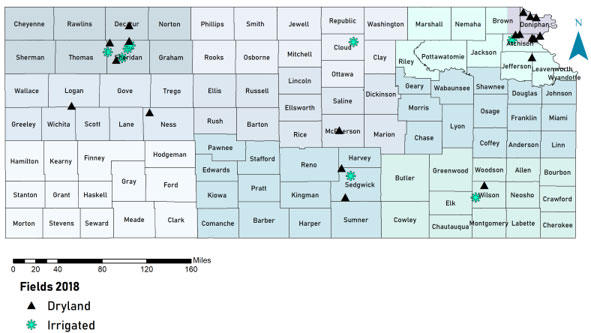 Figure 2. Relationship between grain yield and A) planting date, (B) seeding rate, and (C) amount of fertilizer N applied. 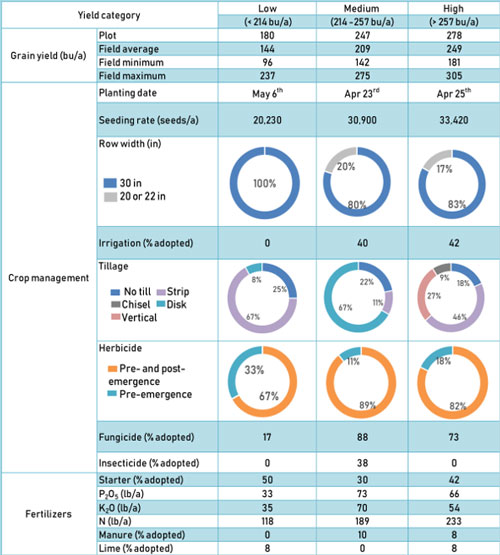 In summary, different management practices affect corn grain yield. Results from the 2018 Kansas Corn Yield Contest indicated that the use of irrigation, a balanced fertilization program (N, P, and K), mid-to-late April planting date (April 24), seeding rate above 30,000 seeds/a, use of fungicides, and pre- and post-emergence herbicides were all management practices implemented to maximize corn grain yields in Kansas.