In making the decision of the optimal planting date, producers should consider soil temperatures rather than just calendar dates. Air temperatures across Kansas cooled these past days. 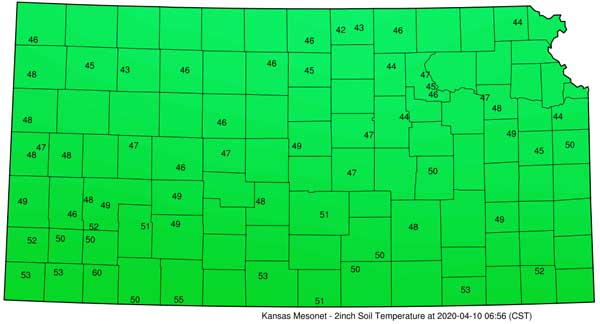 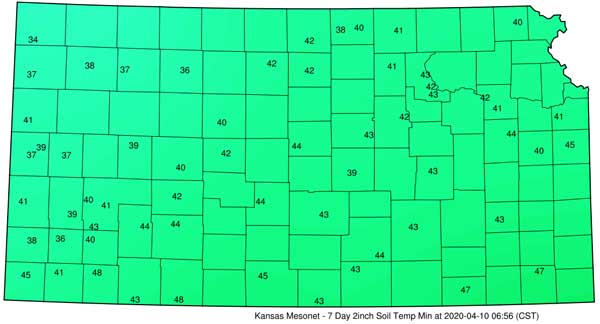 Projections for the coming weeks show a moderate risk for next week with a slight risk of hazardous temperatures for the week after (Figure 3). 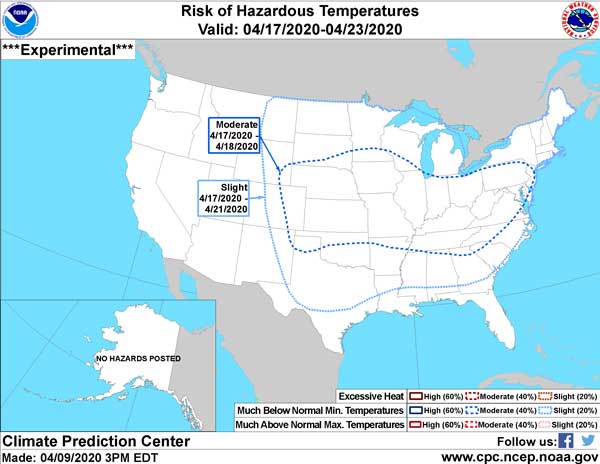 Figure 3. Risk of hazardous temperatures for the next coming weeks, April 17 to 23. (NOAA) 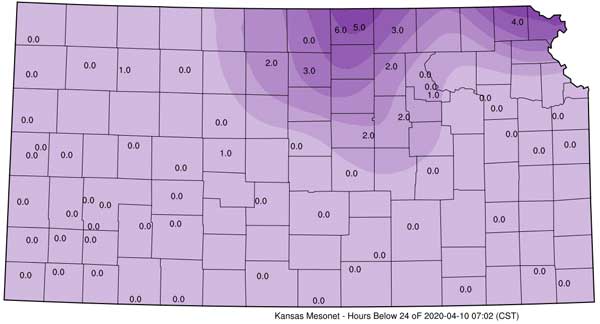 Air temperatures have fallen below freezing across most of the state.  More importantly, parts of North Central and Northeastern KS had several hours with temperatures below 24 oF (Figure 4).  These cold temperatures will translate to cooler soil temperatures.  This is particularly true for areas with drier soil surfaces, less residue and if the cold air temperatures persist.

The impacts of a hard freeze on corn are discussed in detail in a previous eUpdate article and can be viewed at the following link: https://bit.ly/3bQ41k4