The Missouri River Basin, including eastern and southeastern Kansas, has been much wetter than normal for an extended period.  The 2019 annual precipitation totals set all-time records across much of the region (Figure 1).  These high rainfall totals have resulted in saturated soil, full reservoirs, and high stream flows. 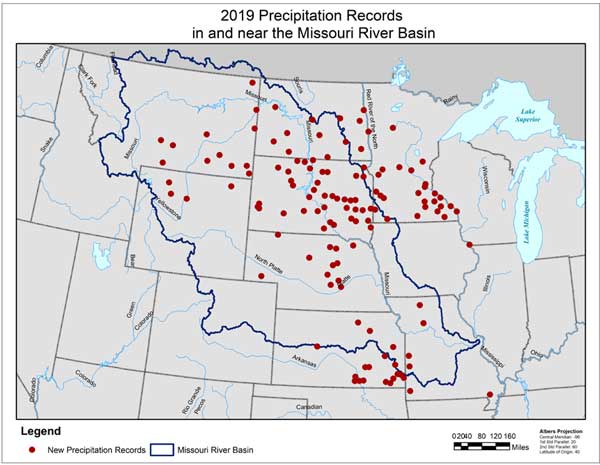 The Upper Great Plains, including parts of Kansas, is in a very wet weather pattern.  There were multiple weather stations that set two-year record rainfall totals in 2018-19 (Figure 2).

Even regions in southcentral Kansas had record-setting rainfall during this 2-year period. 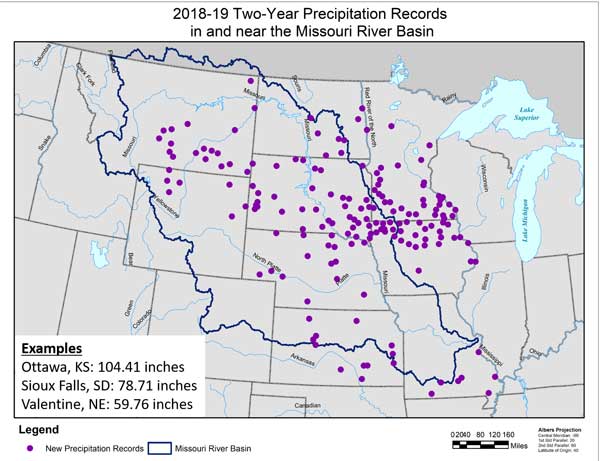 To determine rainfall trends, meteorologists examine the deviation of total annual rainfall above or below the long-term average (Figure 3). At Parsons, the 126-year annual rainfall average is 37.65 inches, ranging from a record high of 57.6 inches in 2019 to a record low of 21.93 inches in 1963. Plotting a 5-year running average, we can detect trends in rainfall patterns, such as the drought from 1952 to 1956. The current weather pattern is part of a five-year trend of wetter-than-normal conditions in the east and southeast (Figure 3). While much of this century (since 2000) has been wetter than the long-term average, significant dry periods still occur.

The annual, or even seasonal, precipitation does not tell the whole story. Saturated ground and elevated water tables, stream flows, and reservoirs mean that soils will be slow to dry. Rainy days and saturated soils not only increase flooding, but also delay fieldwork. On average, the number of days with rainfall greater than 0.2 inches at Parsons is 49 (Figure 4). In 2019, there were 66 rainy days, compared to only 23 in 2012. So far in 2020, we have had 28 days with rainfall amounts greater than 0.2 inches, well above the long-term average for this time of year (11 days by April 1, 2020). 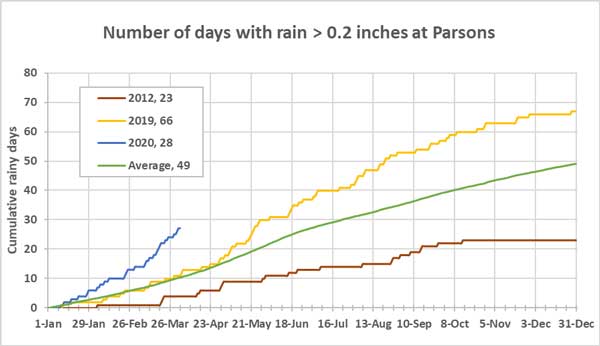 We are moving into the wetter part of the year for southeast Kansas. Based on long-term records, there is an 80% probability of receiving two tenths of an inch per week at the beginning of April.  There is a 60% probability of receiving 0.60 inches per week by the middle of April (Figure 5). Even a normal rainfall pattern will mean delays in planting and fieldwork. At this time, the April outlook, as well as the April-June outlook (Figure 6), are predicting wetter-than-normal conditions in the southeast. 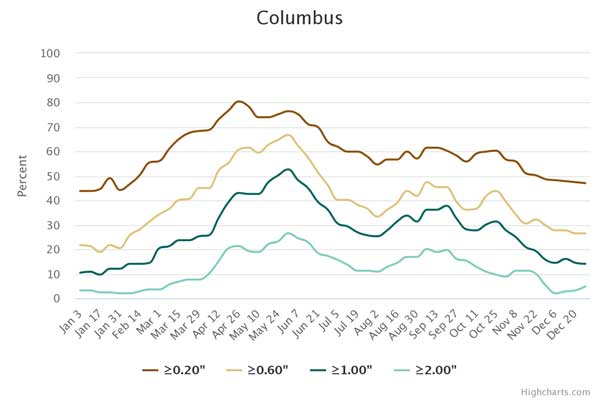 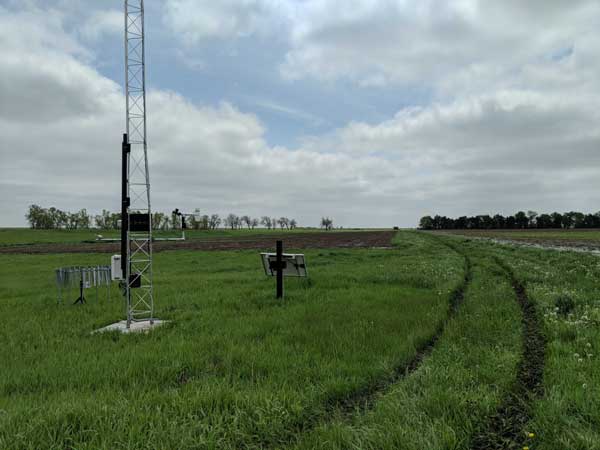