An intensive review of a large database from Corteva Agriscience (2000-2014 period) was utilized to synthesize yield response to plant population under varying yield environments (<100 bu/acre to >200 bu/acre). 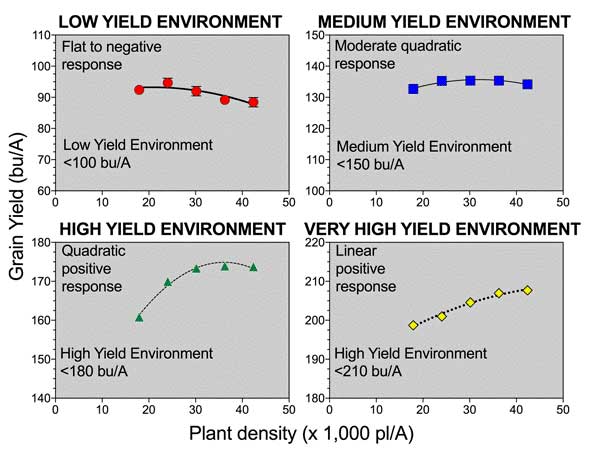