Last week, we shared some general information about applying pre-emergence herbicides for kochia control. This week, we are going to focus on specific recommendations for fields going to corn or grain sorghum this growing season. Next week, we’ll discuss fields going to soybean, sunflower, and wheat.

Kochia start emerging in mid-February to early March and continue its emergence through spring into summer (Figure. 1). Any effective kochia control plan for fields going to corn should include early spring application of a burndown herbicide with an effective soil-residual herbicide for controlling early flushes. For example, an application of dicamba alone can control kochia; however, a combination of atrazine and dicamba will provide extended residual activity and address dicamba-resistance biotypes. Tank mixing 8 to 16 oz. of dicamba with 1 to 2 pints of atrazine will control existing broadleaf and grass weeds, and will provide extended pre-emergence control of kochia often into May. 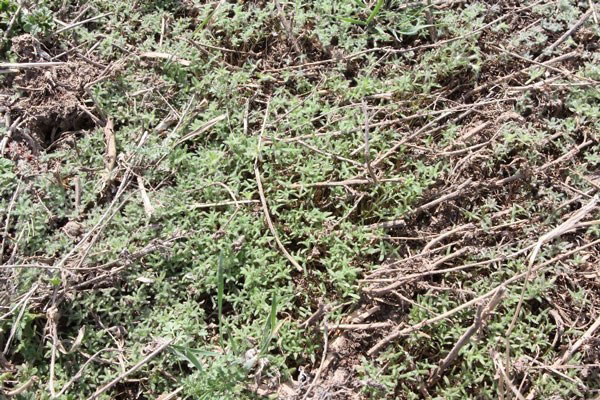 A study published in 2019 by weed scientists from across the Great Plains reported excellent control (99%) of glyphosate-resistant kochia can be attained in corn by Degree Xtra followed by Impact, Verdict followed by Status, or Balance Flexx followed by Laudis + atrazine. Adding atrazine to group 27 herbicides like Balance Flexx is likely to improve control. 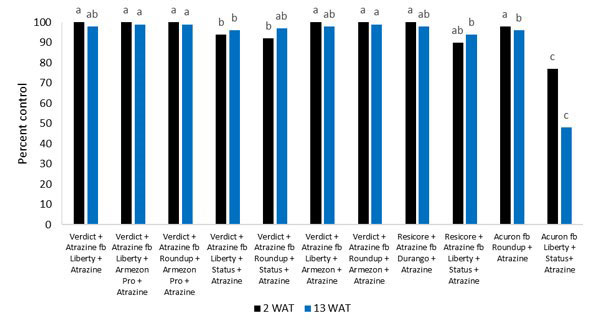 As sorghum planting in western Kansas generally resumes in mid-May, conserving soil moisture by controlling kochia and other weeds prior to sorghum planting is utmost important. Just like corn, kochia control in fields going to sorghum can be achieved with tank-mix application of dicamba (8 to 16 oz/a) with atrazine (1 to 2 pints/a) in early spring. If fields are infested with glyphosate- and/or dicamba-resistant kochia, Sharpen (2 oz/a) or Gramoxone (2 to 4 pints/a) can also be used to control resistant kochia biotypes. An application of PRE herbicides such as DegreeXtra (64 to 96 oz/a) or Lexar (96 oz/a) at planting can help controlling kochia in sorghum for 4-5 weeks.