Precipitation amount was slightly wetter on average (27th wettest month in 127 wet rankings), however, there was a dipolar distribution across Kansas. The eastern regions, especially in the southest, were quite wet at +2.6 inches above normal, which contrasts with western Kansas being dry at 0.6 inches below normal. Statewide average precipitation for the month was 3.2 inches, about 1 inch wetter than normal. 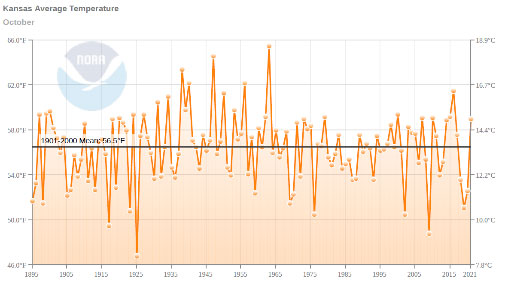 View the entire October Ag-Climate Update, including the accompanying maps and graphics (not shown in this short article), at http://climate.k-state.edu/ag/updates/.