Precipitation anomaly was slightly drier on average across the state. The normal precipitation gradient is from 0.6” in the west to 2” in the east. The eastern regions, especially SE region, were drier at -1.2” below normal. Statewide average precipitation for the month was 1.3 inches, about 0.9 inches drier than normal. If we consider the last three months (September to November), the fall season’s preciption was a normal season. 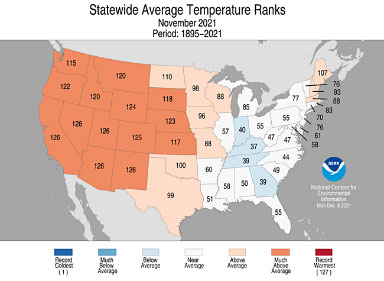 View the entire November Ag-Climate Update, including the accompanying maps and graphics (not shown in this short summary), at http://climate.k-state.edu/ag/updates/.