The 2022 growing season began on April 1. We are now into early October, and in the next few weeks, frost and freezing conditions will put an end to the growing season. One fact has been a constant this growing season: much of Kansas has been in drought status. The state is in worse shape now than it was six months ago. How did we get to this point?

At the beginning of the growing season, most of eastern Kansas was drought free, while western Kansas was in severe drought, with the worst category, D4, present in the far southwest (Fig. 1a). The Drought Severity Composite Index (DSCI) was 194, well above the long-term average DSCI of 105 (based on all available DSCI data from 2000-2022) and indicated that Kansas was drier than average. Precipitation during the first three months of the growing season was near to slightly above normal in the eastern two-thirds of Kansas, but below normal in the west (Fig. 2), and temperatures were slightly above normal in all areas except for northeast Kansas (Fig. 3). As a result, by the end of June, the DSCI had fallen 46 points to 148, and 43% of the state was drought-free (Fig. 1b), up from 28% at the start of the growing season. While eastern and central Kanas were in better shape than three months prior, most of western Kansas was in worse shape. 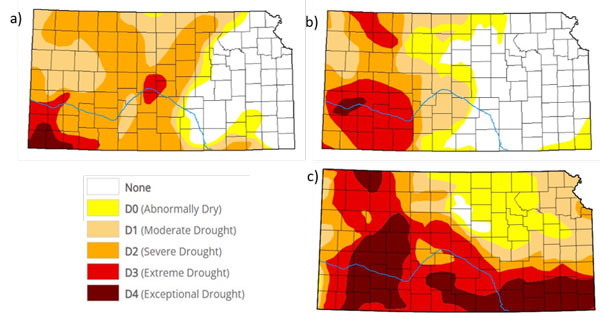 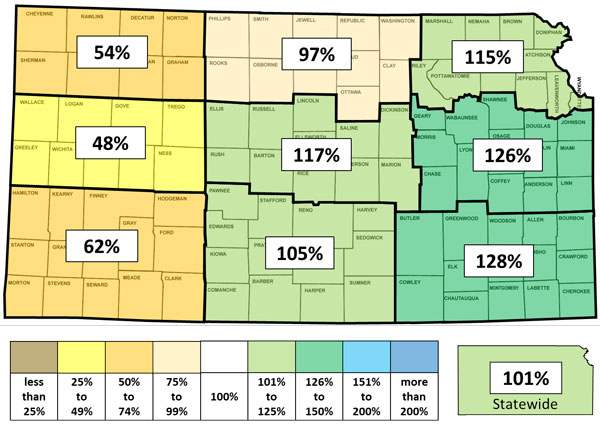 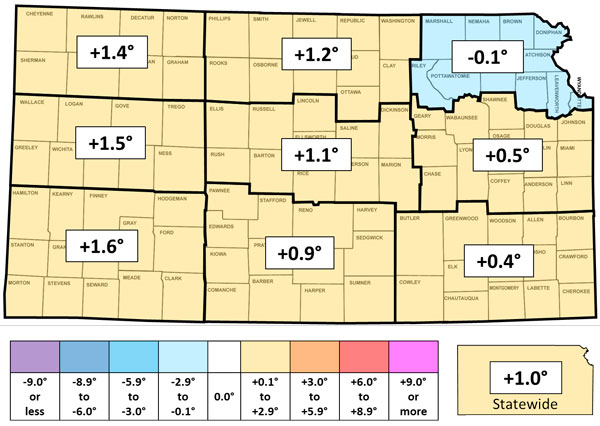 The long, hot, dry summer kicked in, and all of Kansas was significantly affected. Below-normal precipitation was the rule statewide from July through September (Fig. 4); the state averaged only 60% of normal precipitation for this period. Above-normal temperatures accompanied the dry conditions (Fig. 5). As a result, drought conditions rapidly deteriorated (Fig. 1c). Parts of southeast Kansas went from being drought-free to D4 status in just three months. The third quarter of 2022 is the driest on record in southeast Kansas and the second driest on record in south central Kansas, dating back to 1895. Less than 2% of the state is currently drought-free. The DSCI more than doubled during this period (Fig. 6); the index was up to 326 as of September 27th. The last time the DSCI was 326 or higher was back in May 2014. Nearly 25% of the state is now in D4 status, and over half the state is in D3 or worse status. The last time both of these events happened was in 2013. 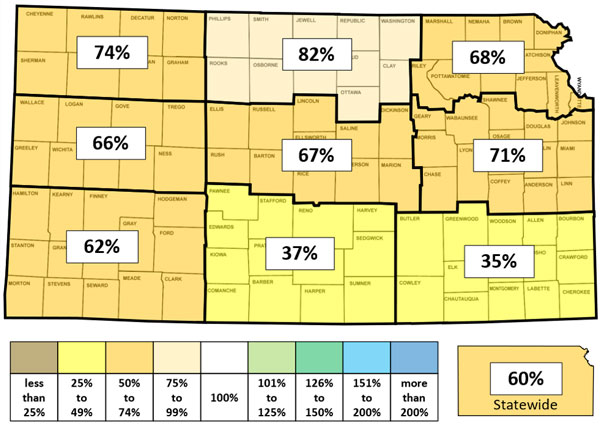 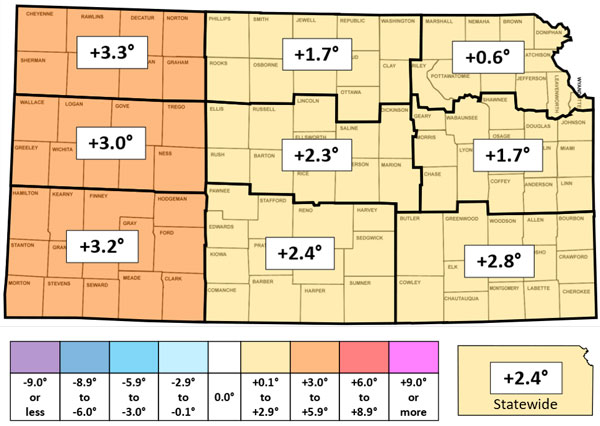 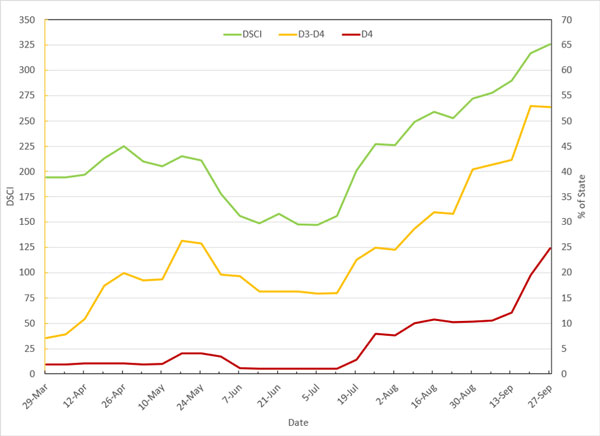 Figure 6. Drought Severity Coverage Index (DSCI) and the percent of Kansas in D3 and/or D4 status during the 2022 growing season.

A closer look at western Kansas

If we look only at the western third of Kansas, the high temperatures and lack of significant moisture are far more unusual than a once-in-a-decade event as suggested by the magnitude of the DSCI (Table 1). All three of the western climate divisions’ average temperature and total precipitation values rank in the top 12 of both the warmest and driest growing seasons on record, dating back to the start of archived climate divisional data in 1895.

Table 1. Average temperature and precipitation, departures from normal and rankings of the 2022 growing season (through September 30th) against the full period of record for climate divisional data (1895-2022). Departures are based on 30-year normals for the period 1991-2020. 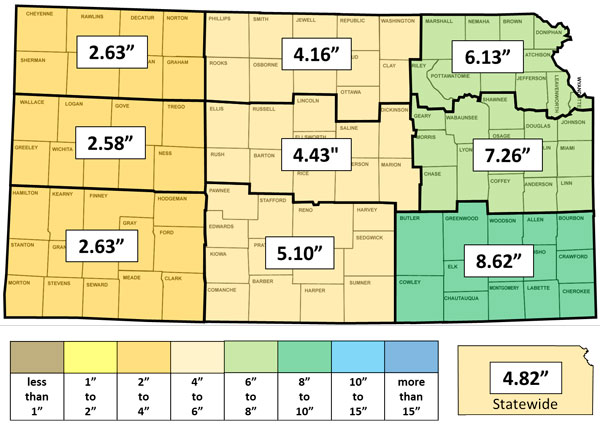 Looking ahead for fall and early winter