Several corn farmers have been recently reporting issues as the crop is approaching maturity. One of the main issues is about the premature ear droop observed in several fields across the state. Corn plants typically maintain the ears in the upright position until after the crop has reached full maturity (black layer - around 35% grain moisture in the kernels). This process occurs due to the loss of turgidity in the shank that supports the ear (Figure 1). This condition observed in several fields across the state is a reflection that the movement of sugars and nutrients from the plant to the ear has been impaired and therefore grain filling is usually interrupted. 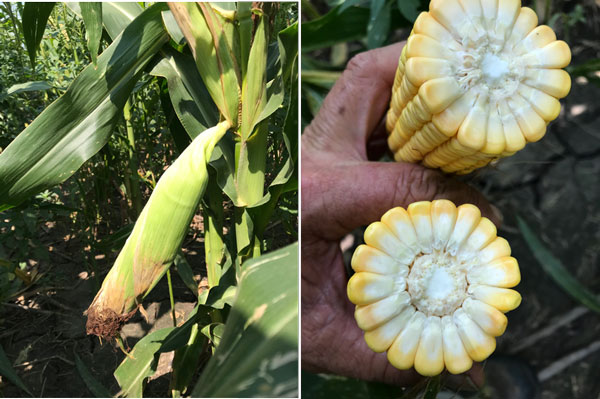 Figure 1. Droopy ears observed in a corn field and a picture of the ear depicting kernels early in the grain filling process. Photos by Marvin Pipes.

Some of the conditions that favor this issue are related to: high temperatures, poor root development, and drought stress – with the latter as one of the most relevant factors in past seasons. However, it does not appear that drought was the main cause for this season since this issue has also being reported in many irrigated fields (with water being not a limiting factor). At this point, we are still exploring different hypotheses for main causes, but one thing is certain, the loss of turgidity in the shank is linked to a cannibalization of carbohydrates for the plant. Simply put, the plant (more specifically, the kernels) were running out of resources. When this occurs, the plant will use all the reservoirs of carbohydrates available – with the stem and shank organs as main plant storage units – until running out of sugars to satisfy the grain-filling demand.

A few factors that can affect the ability of the plant to produce less carbohydrates (and also have a low reservoir) are linked to the photosynthesis process. Optimal temperature, solar radiation, adequate water, and nutrition are key components for healthy plants and good conditions for improving the ability to produce carbohydrates. Many factors are still under evaluation. Based on our current analysis, there is clearly a combination of multiple stresses (less optimal temperatures, cloudy days, and high evapotranspiration) affecting photosynthesis and thus the capability of the corn plants to satisfy the demand coming from all the kernels in the ear. 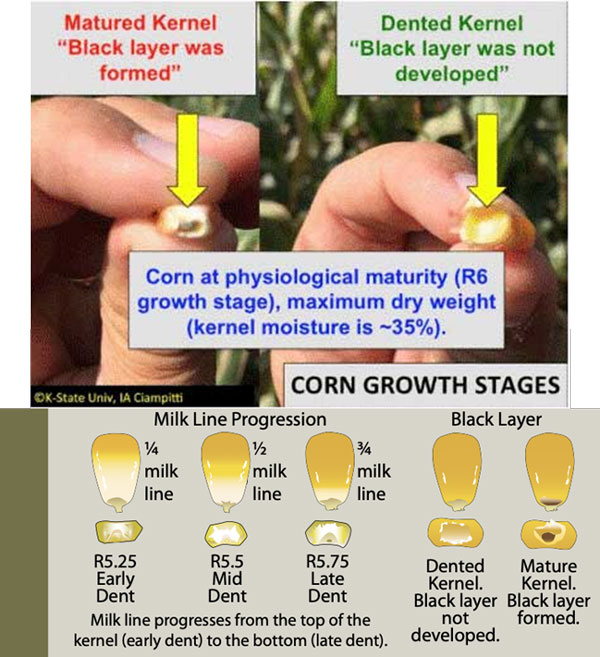 The timing of stress impacts the final accumulation of dry matter, affecting kernel size.  Common values range of kernels per bushel range from 75,000 to 80,000 for favorable, 85,000 to 90,000 for average, and 95,000 to 105,000 for poor grain filling conditions. An example of the potential impacts for extreme cases (average vs. favorable filling) is presented below, but these estimations depend on the total number of ears affected by this issue.