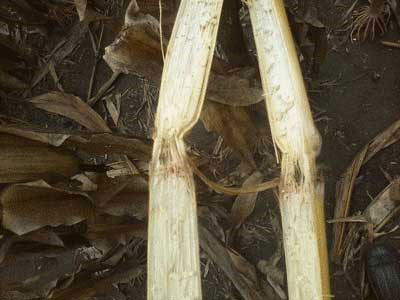 Poor root growth and other stresses. Cold, waterlogged soils, severe drought, and soil compaction can all result in short, inadequate root systems and crowns that are damaged to the point that water and nutrients cannot effectively move through them. Under these conditions, the roots may not be able to extract enough water and nutrients from soil to support plant growth and carbohydrate production. When carbohydrate production is below-normal during any part of the growing season, the ears will continue to take what they need during grain fill, which can leave the stalks depleted even under average yield conditions. The developing ear always has priority for carbohydrates within the plant.

Southern rust continues to arrive in Kansas earlier in the growing season, perhaps due to the overall warming trend in recent years (Figure 2). Late-planted corn is at a higher risk as it will be exposed to southern rust for a longer period of time than corn planted earlier in the spring. While there is direct yield loss due to less green tissue being available for photosynthesis, there are also secondary losses from increased levels of stalk rot.

Gray leaf spot is the other important foliar disease in Kansas that can affect stalk rot (Figure 3). 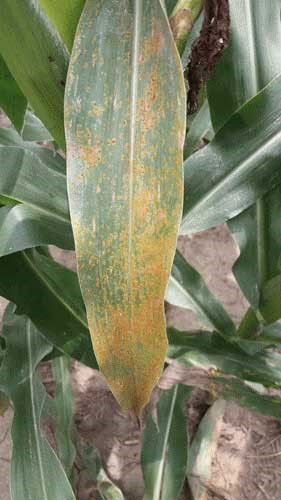 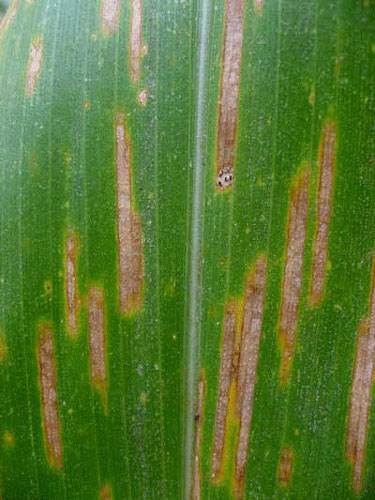 High plant density. Plants become tall and thin when supra-optimal populations are used, which result in thin stalks with inadequate strength. In addition, plant-to-plant competition for light, nutrients, and water enhances the competition for carbohydrates between the stalk and ear within the plant, thus reducing the vigor of the cells in the stalk and predisposing them to invasion by stalk rot. 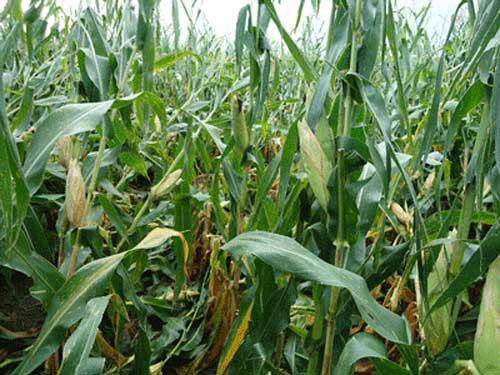