The Soybean Gall Midge (Resseliella maxima) was first observed in Nebraska in 2011, but was not officially described as a new species until 2018 when this tiny fly established itself as an emerging pest of soybeans in South Dakota, Nebraska, Minnesota, and Iowa. New infestations have been documented every year since and its range has expanded into Missouri. Soybean gall midge has been documented in Nebraska along the Kansas border as recently as 2021. To date, soybean gall midge has not been documented in Kansas, however this pest should be actively scouted for during the growing season, especially in counties along the Nebraska border. 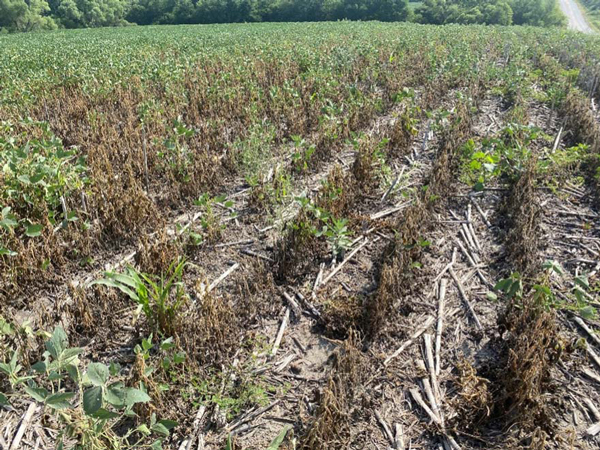 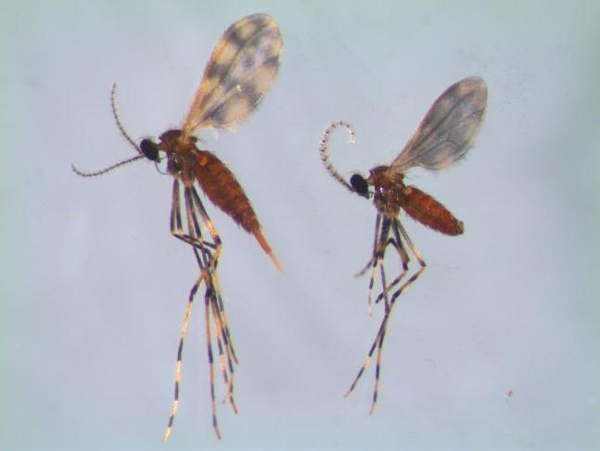 Larvae: small, legless, maggots that are clear to white-colored when young but turn bright orange when mature (Figure 3). 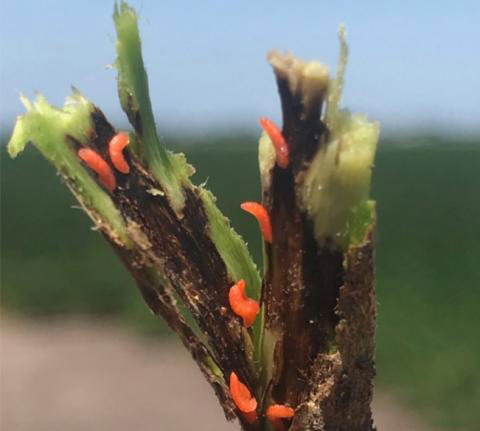 Soybean gall midge overwinter as larvae in the first few inches of soil. After pupation in the early spring, adult midges emerge and lay their eggs on the lower portions of stems or at the base of soybean plants. The eggs hatch and the larvae feed within the stems. Infestation does not occur until the V2 stage when natural fissures and cracks appear in stems allowing entry by larvae. Infestation can continue into the reproductive growth stages. So far, there appears to be at least two generations per growing season. The adult soybean gall midges do not feed on soybeans.

Begin scouting soybean plants at the V2 growth stage. Symptoms of infestation include: 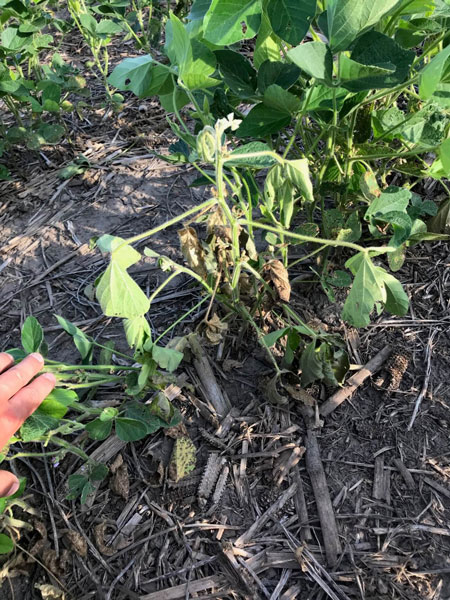 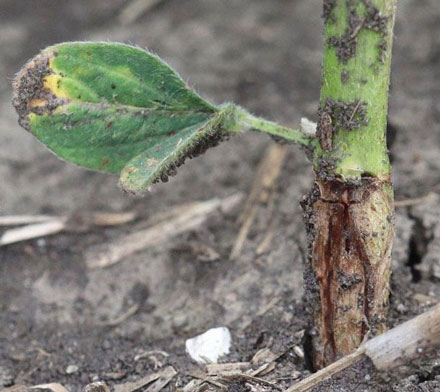 Being such a new pest, there are currently no published research-based management recommendations. On-farm studies in impacted states are examining the effects of cultural practices and insecticides on preventing losses. Seed treatments have not shown to be effective.

Please report any occurrence of soybean gall midge to your local extension professional or contact the K-State Entomology Department. The Soybean Gall Midge Alert Network, https://soybeangallmidge.org/, can be used to track developments regarding this new pest.