September was much drier than normal. It ranked as the 22nd driest September since 1895. All divisions averaged below normal for the month, resulting in expansion of drought across the state (Figure 1). At the end of September, only 23% of the state had no drought or abnormally dry conditions in place. 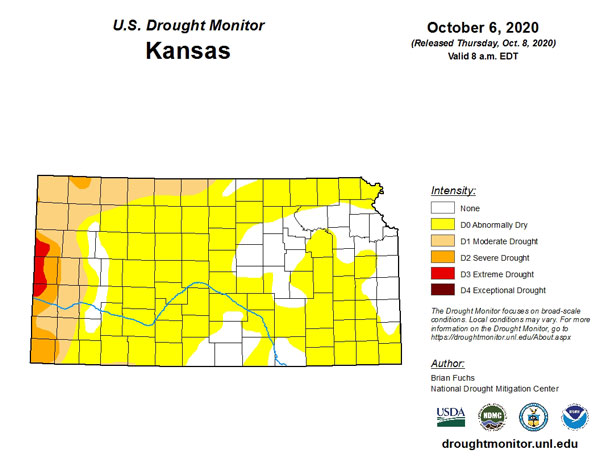 View the entire September Ag-Climate Summary, including the accompanying maps and graphics (not shown in this summary), at http://climate.k-state.edu/ag/updates/.