The first winter weather advisories of the season ushered out October when widespread snow accompanied by strong winds hit the state on October 29 and 30. Temperatures were the big story. State-wide average temperature for the month was roughly 51 oF, 4.8 oF cooler than normal. This ranks as the 6th coolest on record. Temperature swings were great, ranging from 2 oF at Tribune 1W on October 31  to 98 oF at Atwood, Rawlins County, on October 1. 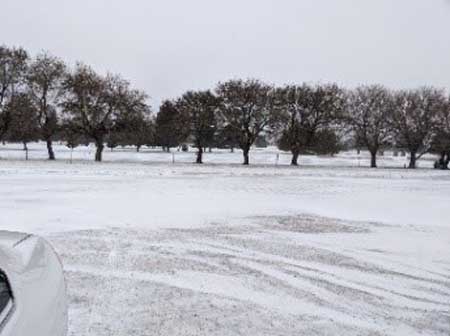 Both winter wheat GDD accumulation and precipitation percentiles at the initial stages were around their lower bounds for all four planting zones due to lower tempeatures in October in Kansas. The top soil moisture conditions were relatively wetter in eastern Kansas but obviously dryer in western Kansas. While wheat planting progress was similar to the long-term average (~90% planted by the end of October), many fields have not yet emerged either due to dry topsoil,late planting (when following soybeans), or cold temperatures.

View the entire October 2019 Ag-Climate Summary, including the accompanying maps and graphics, at http://climate.k-state.edu/ag/updates/.