Overall, March was warm and wet.  It ranked as the 38th wettest March and the 23rd warmest in 127 years. Statewide, two new daily record highs were recorded, mirrored by two record daily low maximum temperatures. There were seven recorded highs of minimum temperatures. Statewide precipitation averaged slightly below normal, with a much drier-than-normal swath dividing wetter-than-normal conditions in the Northwest and Southeast. The Southeast averaged over 5 inches; 169% of normal, making it the 3rd wettest start to the year in 127 years.

Severe weather was limited. There were no reports of tornadoes, large hail, or damaging wind. There was a path of small hail in west central Kansas large enough to be visible from satellite a day after the event (Figure 1). 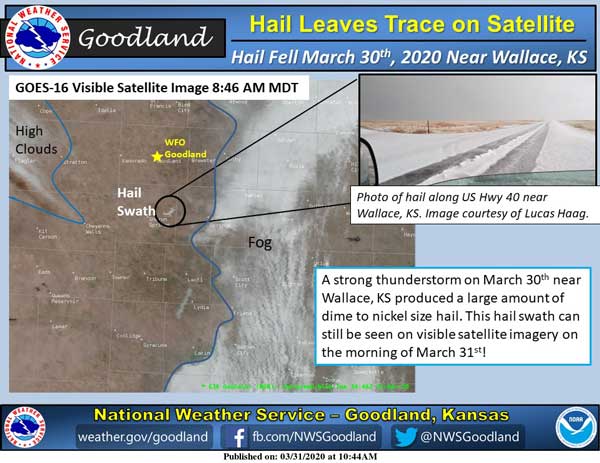 Figure 1. Screenshot from the Goodland, KS National Weather Service Twitter account describing a hail swatch along U.S. Hwy 40 near Wallace, KS on March 31. The hail was produced by a strong thunderstorm on March 30 and was visible by satellite imagery the next day.

View the entire March Ag-Climate Summary, including the accompanying maps and graphics (not shown in this summary), at http://climate.k-state.edu/ag/updates/.